The European tradition of building fountains in the centre of a city is centuries old and dates back to the Romans. They saw water as a gift from the gods, and therefore erected water features as a tribute to them. The groundbreaking 11Fountains project in Friesland will revive this tradition. As the permanent security partner of the Province of Friesland, International Security Agency (ISA) will provide 24/7 security for one of the largest art projects in the framework of Leeuwarden-Friesland 2018, Cultural Capital of Europe.

Eleven top artists designed a unique fountain that will be placed in or near the centre of each of the eleven Frisian towns. This creates new cultural heritage that the Frisians can cherish and that has a story to tell their visitors. 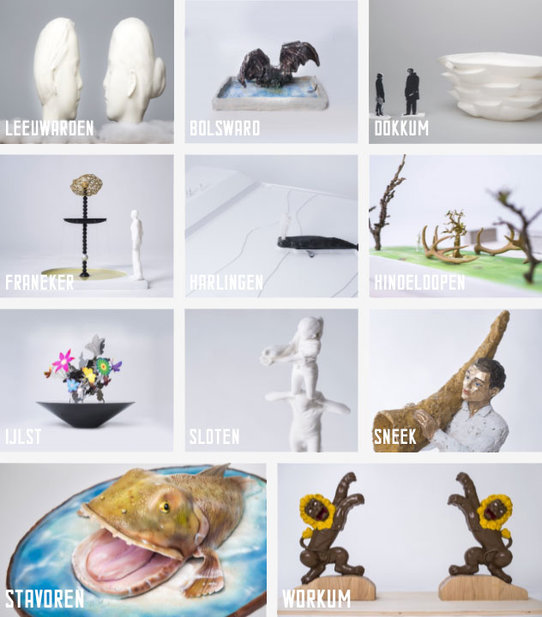 For Friesland and the Frisians, water is the most important element; think for example of land reclamation with polders and dykes, of Skûtsjesilen or of fierljeppen to keep dry feet. Frisians even have more words for water than for bread. But the Frisians were not divided by the water, it brought them together. And no event unites the Frisian towns and communities more than the legendary Elfstedentocht. The 200 km long skating race leads past all eleven historic cities in the province, but can only be held if the ice is at least fifteen centimetres thick. As a result, it may not take place for years, or even decades. The last edition was held in 1997. The 11Fountains project therefore wants to create a new Elfstedentocht for Friesland and the Frisians, one that does not go over the ice, but that leads past sparkling, bubbling water: fountains.

A new way to cross borders in Friesland and beyond

From this idea of water as a catalyst for community spirit, eleven top artists have created a fountain for each of the Frisian cities for 11Fountains. In almost all the works of art, the water is not frozen but flows. This is reminiscent of the exchange of ideas between the Frisian communities and the artists from which each monument arose. From May 2018, the water artworks will be unveiled in the centres of the cities. They can serve as a meeting place, as a symbol for the open community, or in Frisian: 'iepen mienskip', which plays an important role in the life of the province.

Communities serve as inspiration for art at Leeuwarden-Fryslân 2018

The Frisian definition of culture is comprehensive and inclusive; all kinds of artistic and cultural expressions are cherished. This is also reflected in the 11Fountains project, which brought together the eleven selected artists and the Frisian cities and their inhabitants. The inhabitants of the cities were involved in the creation of the works of art through a fountain committee, which proposed the location for the work, met with the artist and informed them about the history. By immersing themselves in the history, culture and community of the towns, the artists designed a fountain that is a representation of each town, which in turn is also representative of Friesland.

New cultural heritage for Friesland and its eleven cities

World-renowned artists worked on the project, including Jaume Plensa from Spain, Shinje Ohmaki from Japan, and Mark Dion from America. The result is a series of fountains and works of art for the future that will tell a story to local residents and visitors alike. Below is the full list of cities and artists: