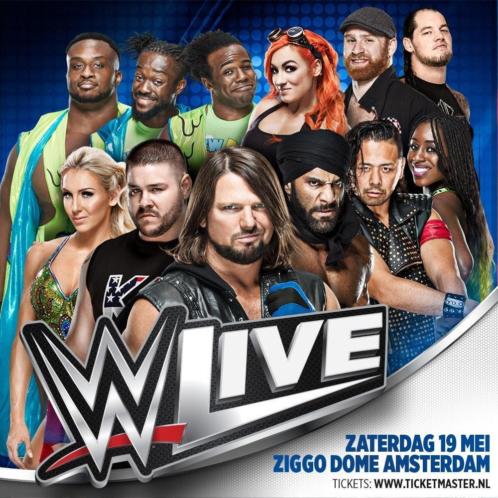 On Saturday, May 19, 2018, it's time again for the best entertainment show in the Netherlands: WWE Live Smackdown!
International Security Agency (ISA) provides security and hospitality services for thousands of visitors.

The energetic trio The New Day will bring a smile to the faces of the audience. The verbally fire-breathing Kevin Owens and his good friend Sami Zayn will irritate the WWE fans in the Ziggo Dome to the bone and former WWE Champion Jinder Mahal wants to show that he is the pride of India. Expect 100% family entertainment at the highest level during WWE Live Smackdown!