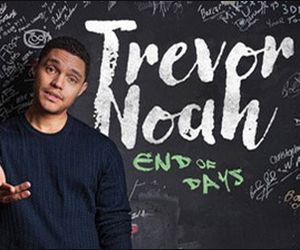 Trevor Noah will perform a show at Amsterdam's Ziggo Dome on 20 May 2018. The South African comedian, who is best known as host of the American talk show The Daily Show, will be seen with his show End of Days. International Security Agency (ISA) will be providing security and hospitality services in a sold-out Ziggo Dome.

Noah, who was born to a black South African mother and a white European father, became a star in his own country thanks to a major role in the South African soap opera Isidingo and presented several shows on national television.

In 2012, he was named 'Comedian of the Year' by his South African peers. In 2015, the comedian succeeded Jon Stewart as host of Comedy Central's The Daily Show. Noah also wrote the book Born a Crime: Stories from a South African Childhood.